A one-hand controller for left or right handed players. Playstation 2 compatible, but with controller adapters will work with many other consoles and computers.

A custom Game Control Mixer adapter can be used for huge additional powers.

Deluxe repair fits the controller with a HORI PS4 mini gamepad with a Titan Two adapter and Game Control Mixer powers. £300 for this mod as very time consuming. 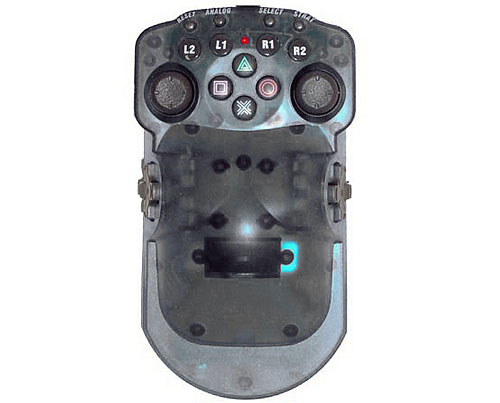